I Am Among the Top DSC Leads of South East Asia 🙌

In July of 2019, I was selected as the Lead of the first Developer Student Clubs at my campus. Those of you who have no idea about what the Developer Student Clubs are and what we do, we are a bunch of Google Student Developer communities in Pakistan. We solely exist to bridge the gap between the theory and practice which exists among the students of the Computer Sciences. Now fast-forwarding to five months, l am now among the top Leads of the whole southeast Asia. 🥂

🤔 What stats are saying!?

Probably you folks don’t know how I am among the top Leads of Southeast Asia, so to give you an overview let’s talk stats. 😎

🔍 So if you look again, you will find a total of four Leads from Pakistan in the first section. Other than me, there is Uzair Ahmed from the GIKI University, Syed Shahzeb Kazmi from the University of Engineering and Technology, Taxila, and lastly Krinza Momin from FAST NUCES Karachi. Yeay!! 🎉🎉

Now take a look at the second section and you’ll see that Pakistan is the one who is leading. Eight Leads from Pakistan including myself are among the top Leads in terms of events reached in Southeast Asia. Isn’t it great?!🙌

Btw I should mention here before moving forward that Krinza Momin is the one who is leading in the whole Southeast Asia. Congratulations Krinza!! 🥳🥳

📈 Ranks of Leads in Pakistan

All the statistics I shared with you folks till now were international. Google also shared separate stats depending upon the country of the Leads. Down below is the picture. You’ll find me at the second spot. 😉

✌ There were two reasons why I wrote this post. The first one is to let you guys know about what we are doing, how we are making a difference. And the second one is to raise some awareness about the Developer Student Clubs. We are a community. We are here to help. Join these awesome communities in your universities and become a part of the Google ecosystem. 💯

❄Wrapping up this post I would say that all the students who are from UET Lahore and are reading this post right now should join the Developer Student Club UET Lahore Chapter if you are interested in learning development. Click here to fill the form. Lastly, I will share some pictures of the events we have done so far. See you next time. Till then, cheerios. 🤞

Invited Jabran Rafique to give a talk 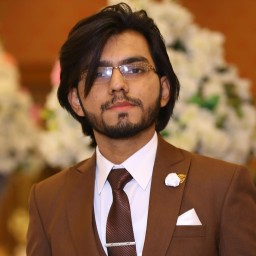